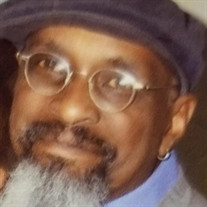 McKenneth Manning (also known as Kenneth, Kennuf, Pop-Pop, Dad, Daddy, Papa doc, Father, Mr. Manning, Unc, Old Man, Pops) departed this earthly life on Thursday, October 21st 2021, at the age of 66. He was born in Warrenton, North Carolina, on November 22nd 1954, to the late Bernice Jones and James Manning. He was raised by his grandfather whom he absolutely adored.   McKenneth loved his hot wheels, great food, his family and most importantly politics. If you wanted to spark his interest, just ask him how his children were doing, talk about a collectible hot wheel or pick the most controversial topic in the media. He would go on for hours!  With age comes wisdom and McKenneth was the true embodiment of that. He acknowledged that he wasn't perfect and that he made many mistakes, but with those mistakes came lessons that he utilized throughout his life and helped him become a better person. McKenneth worked hard everyday to show love, compassion and devotion to those around him and this was exhibited in his relationships with his family, friends and associates.  We know McKenneth Manning lived by God's promise and maintained his faith in the Lord until the movement of physical departure.     He was Preceded in death by his mother, father, and 2 sisters (Carol and Donna). He will be deeply missed by his loving wife Barbara Manning; his 6 children ~ Damien Manning, Sheena Love, McKenneth Wilson, Mckenneth Manning II, Kendria Manning, and Maura “Baby Gurl” Manning; 12 grandchildren ~ Cawon, Jailah, Dariah Manning, Kayla Bowens, Ava Love, Kenley Wilson, Noah Wilson, Jace Wilson, Tyerie Manning, Mekhi Manning (The Boy), Maliah Wheatley, Dylan Fellows and 2 brothers; Wayne Jones (Barbara) and Marvin Jones (Stacey), the family dog Fendi and a host of nephews, nieces, cousins and relatives.

The family of Mr. McKenneth Manning, Sr. created this Life Tributes page to make it easy to share your memories.