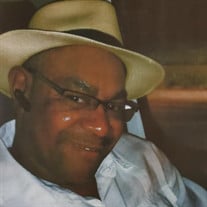 Maurice Antonio Sherrod, son of the late Annie Hollingsworth and Earl Barnett, was born on September 14, 1961 in Baltimore, Maryland and raised in Edmondson Village. Suddenly, and from natural causes, on August 27, 2021, Maurice transitioned, peacefully, at his home in West Baltimore.   As the second child of four, Maurice was spirited and mischievous, always bringing heightened excitement to the household. A true Virgo, Maurice could be counted on to be the life of the party, cracking a joke at the right time to fill the room with laughter. His siblings, Victor, Estelle and Tracy, enjoyed their upbringing with their brother Maurice as he was always full of surprises with his unexpected life’s twists and turns. For them, it came as no surprise to the family when, as a teenager, Maurice acquired his first job at a local Baltimore stable, taking care of horses. For the special scent associated with his stable work, he earned the special nickname "Dirty Bert."     Maurice graduated from Edmondson High School. There, he excelled in sports, especially football and basketball. His love for sports continued, with him being a diehard Ravens fan. In addition to his interest in sports, Maurice was a Pinochle enthusiast and member of a local Pinochle club. His friends will forever remember his trash talking when he was dealt a "double run," the best Pinochle Hand." Both Maurice’s family and friends will fondly recall his hearty smile and favorite greeting, “What’s up Slick?”    Nothing gave Maurice greater pleasure than the birth of his only child, Maurice Campbell, referred to as Junior. Although Junior resides in North Carolina, Maurice remained in contact with him, always attentive to his welfare and happiness. It should come as no surprise, then, that Maurice instructed his brother Tracy to guide his son and ensure his success in his absence, a promise Tracy vowed to fulfill.      A hard worker, Maurice held a variety of jobs prior to landing his dream job as a Longshoreman. He was proud to follow in the footsteps of his father and his paternal relatives, and he was especially grateful to his cousin Barnett for facilitating his membership in the International Longshoreman's Association Local 333. According to his brother Tracy, “this job was a true turning point for Maurice, not only providing him stability but also fostering, for Maurice, a confidence and maturity worthy of respect.” Tracy recounts the recent bus trip to Atlantic City he shared with his brother and others several days prior to Maurice's passage and conveys his pleasure in being with his brother on that last excursion. He noted that, on this trip, Maurice spoke again of his plans to buy a home. We know, now, that Maurice's new home had already been selected for him. Maurice was preceded in death by his parents and siblings Victor and Estelle. He leaves to cherish his memories, his son, Maurice Campbell; his granddaughter, Cyrice Campbell; great grandson Eli Campbell; devoted brother, Tracy Hollingsworth; stepsister, Jean Barnett; aunts, uncles, cousins, and a host of friends and acquaintances.

The family of Mr. Maurice Antonio Sherrod, Sr. created this Life Tributes page to make it easy to share your memories.