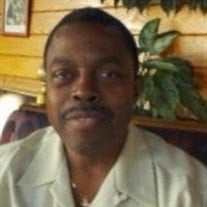 Leroy Authur Neal, Son of the late Thomas and Elnora Walker departed this life on June 20, 2020 at Union Memorial Hospital, Baltimore, Maryland. Neal was born October 6, 1943 in King William Virginia. Leroy was the seventh of eleven children born to this union. Seven siblings preceded him in death. Leroy received his formal education at Edge Hill and Central High School in King and Queen County Virginia. At an early age he confessed Jesus Christ as his Lord and Savior and was baptized and joined Trinity Baptist Church of King William Virginia. In 1975. Shortly after arriving to Baltimore, Neal joined The Church of the New Covenant where he served as a Deacon and remained a member. Leroy was united in holy matrimony to Prezzie Marie Neal for 32 years before she preceded him in death, to this union there were five children. Leroy loved life! He was the world’s greatest father. He enjoyed taking his family on vacations, especially amusement parks where a roller coaster was his favorite ride. In his younger days he was an avid Bike Rider, he loved bowling, cooking, karaoke and he had a great sense of humor. One of his favorite sayings was “Hey Man” whether you were male or female. He was also known for his sweet potato pies that he would serve at family gatherings that he hosted. He was formerly employed at Allied Chemical Plant in Baltimore Maryland. Neal had a thirty year career of outstanding and dedicated service, with the U.S. Naval Academy in Annapolis Maryland as a Master Barber. He retired in 2019. He also was employed as a part-time Barber for many years at McKoy’s Barber Shop in Baltimore, Maryland. Leroy shall be remembered as a loving father, grandfather, uncle and brother. He truly loved his family. Leroy leaves to cherish his memory his devoted children Karen Dancy, Leroy Neal (Lenita) Stacee, Chelsea and Taylor Neal of Baltimore Maryland. Seven grandkids Malik and Christopher Dancy, Autumn, Layla, Leniyah and Aubree Neal and Kori Potts. One brother Andy Neal (Grace) of King William Virginia; Two sisters Josephine and Alice Neal of Newport News, Virginia. and a host of nieces, nephews, cousins, relatives and friends.

The family of Leroy Authur Neal created this Life Tributes page to make it easy to share your memories.