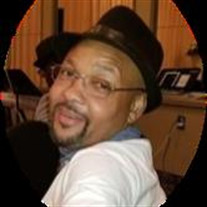 Jonny Duwane Sawyer Sr (Wishbone aka Red Eye), son of Lessie Torain and the late Jonny Sawyer was born on July 25, 1976. He departed his earthly dwelling and entered into eternal rest on August 13, 2021. Duwane was born and raised in Baltimore, Maryland and was a member of The New Metropolitan Baptist Church. Duwane’s light began to shine early in life and was manifested during his school career with the Baltimore City Public School System. His high school journey started at Southern High School and from there on to Paul Laurence Dunbar High School where he became the All-American player for the football team. After graduating from school, he was accepted into the Howard Community College on a baseball scholarship to further his education. His biggest dream was to become an NFL pro-ball player however he only reached the semi-pro status with “The Jaguars” and “The Warriors”. You should know that his incredible and unique talent afforded him the opportunity to play positions of both running back and cornerback respectfully. Additionally, he also played bone-ball football with The Head Bangers. If you attended any of his games, you would have experienced not only the cheering crowds but the undeniable electrifying presence of #24 on the field. There is no doubt that he absolutely had a passion for all sports. Even as a young boy he admired NFL -Hall of famer Deion Sanders. Everyone who knows Duwane can all agree on one thing collectively, that he was a true Tampa Bay Buccaneer fan. On any given day, whether win lose or draw, you could always find our Duwane supporting his favorite team. Outside of that he enjoyed the simple things in life like eating his favorite meal, “KFC honey barbecue wings”, and listening to “Boyz 2 Men” & Wu-Tang. At other times he could be found enjoying some downtime with anyone who cared to challenge him at a game of play-station. Duwane will be remembered first for his unwavering love for his family. He leaves to cherish his memory: a loving and devoted mother, Lessie Torain, his only son, Jonny Duwane Sawyer Jr., siblings: John Holt (Skeeter)(Evangeline), Jermaine Holt, Aleshia House (Wes), Jamar Holt, Angela Sawyer, baby brother, Darion Sawyer who preceded him in death, significant life partner, Keyanda Armstead, special friend, Latanya Maxwell-Scott, god-mother, Velma Thompson, god-sister, Chanel Jackson god-son, Cai Harper, god-daughter Dayishea Ramsey (Day-Day), and a host of nieces, nephews (great), aunts, uncles, cousins and friends.

Jonny Duwane Sawyer Sr (Wishbone aka Red Eye), son of Lessie Torain and the late Jonny Sawyer was born on July 25, 1976. He departed his earthly dwelling and entered into eternal rest on August 13, 2021. Duwane was born and raised in Baltimore,... View Obituary & Service Information

The family of Mr. Jonny Duwane Sawyer, Sr. created this Life Tributes page to make it easy to share your memories.