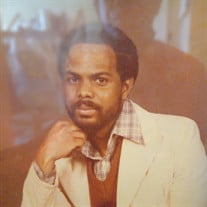 John Hall III was born on June 7, 1952, in Baltimore, MD to the late John Hall Jr. and Milred Hall. He was the oldest of his 5 siblings. As a young child he accepted Jesus as his Lord and Savior. In his youth he attended the family church called The Temple of Prayer where his dad was the deacon, and his mom was the mother of the church till this day. He received his education in the Baltimore City public school system. He graduated from Carver Vocational High School and learned electrical engineering and sheet metal trade. While in school he met the late Brenda Hall and fell in love. In 1972 they married, and, in this union, they had two loving children Erica Hall and John Hall IV.     During his lifetime he had many jobs, one was in construction as a crane operator where he helped build some of the buildings you see in Baltimore downtown area like the William Donald Schaefer building. Yet his long-term career was with the Baltimore City Fire Dept. where he proudly served for 28 years and retired as a Lieutenant in 2012. Some of the things he loved to do in his leisure time was spending time with his family, he loved teaching his nieces and nephews how to play tennis, he taught them how to drive and swim and they shared many more memorable moments. My dad loved to travel, so he started a family tradition with us so we would have a family trip every year. Another one his favorite things was music he actually thought he was part of the Jackson 5; you couldn’t tell him he couldn’t sing or play an instrument and forget trying to convince him he wasn’t a boxer either. He thought he was a mixture of Sugar Ray Robinson and Muhammad Ali his favorites. After he retired one of his favorite places was MD LIVE and his chair where he watched his DVDs. He was a great dad, a fun grand dad, a good son, brother, uncle and friend and he will be truly missed by all for we will always remember how his smile would light up any room. John is survived by his mother Milred Hall-Jones, his two children  Erica(Dalivera), JohnIV(Daria), his grandchildren Daniera, JohnV, Malik, his great grandkids Zoe, Zori, his sibling Eartha, Sandra, Craig, Alishia, Norma(Cecelia), his lifetime best friend Ronald Wilkens and host of aunts, uncles, nieces, nephews, cousin, friends, and coworkers. John was preceded in death by Brenda Hall mother of his children, Angela,  his father John Hall Jr., his aunt Doris, his uncles Charles and John, his grandparents.

John Hall III was born on June 7, 1952, in Baltimore, MD to the late John Hall Jr. and Milred Hall. He was the oldest of his 5 siblings. As a young child he accepted Jesus as his Lord and Savior. In his youth he attended the family church called... View Obituary & Service Information

The family of Mr. John Hall, III created this Life Tributes page to make it easy to share your memories.