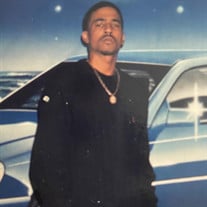 Carlton LaRue Wesley, affectionately known as “Cee”, was born November 16th, 1970 in Baltimore, Maryland to the late Milbert Larue Wesley and Anita Carol Douglas at Sinai Hospital. He departed this life on Thursday, April 1st, 2021 at Johns Hopkins Bayview Hospital. Carlton grew up in Edmondson Village in Baltimore City and later moved to Catonsville, Baltimore County Maryland. He graduated from Woodlawn High School in 1989. He continued to pursue Information and Technology studies at TESST College, which was one of his many passions. He was an avid sports fan rooting for the Pittsburg Steelers on Sundays. Carlton was also a lover of softball and basketball playing for various teams in the Baltimore area. He enjoyed traveling, being with his family and took great joy in being able to provide and take care of his love ones and cooking on the grill for family and friends. He has been with his partner Selmika Tillett since 1993, sharing together a daughter Brea Wesley who he has always been immensely proud of. He is survived by his partner, Selmika, their daughter, Brea, his cousin Calvin, grandmother Mildred, aunt Sandy, uncle Anthony, Uncle Wayne, aunt Jennell, and a host of other relatives & close friends. He is preceded in death by his father, Milbert Larue Wesley, mother, Anita Carol Douglas, James William Douglas, maternal grandmother Agnes, Aunt Sandra, Cousin Kevin, and paternal grandfather Milbert Sr.

The family of Carlton LaRue Wesley created this Life Tributes page to make it easy to share your memories.