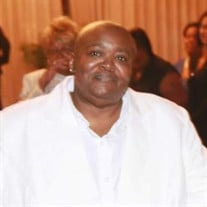 Bernadette Hall of Baltimore, Maryland passed peacefully on January 17, 2022, at the age of 69. Bernadette was born on June 25, 1952, to Mary Smith and Vernon Hall at Baltimore City Hospitals (now known as Johns Hopkins Bayview Medical Center) located in Baltimore, Maryland. As a native Baltimorean that was raised on the westside, Bernadette (known by family and friends as “Bernie”) attended Fannie L. Barbara Elementary, Booker T. Washington Middle and Edmondson Westside High School. As a teenager Bernie was very fond of baseball and played on the traveling recreation league’s softball team. Her amazing hand-eye coordination led to Bernie honing her skills as a pitcher for the team. This love of sports was engrained in her at this early age never diminished as she loved to watch Serena and Venus Williams play tennis along with screaming at the TV on Sunday enjoying the Baltimore Ravens games. After attending Edmondson, Bernie began a career in hospitality. Excelling in her career led to management opportunities at BWI Airport and the Social Security Administration, where she served as the housekeeping manager. Family was everything to Bernie. She will always be remembered for cooking Sunday pancake breakfast. To unwind, Bernie was a huge movie buff that had an amazing catalog of VHS and DVDs on display with her favorite action movies. She loved hosting cookouts, trips to the casino and amusement parks. Family game nights gave her the opportunity to put her “Pokeno” skills on display. Always the life of the party, she was the glue that held her family together. Her huge heart that would give the shirt off her back attitude, is what family and friends so loved as she will be deeply missed. Bernadette is survived by her two sisters, Annie Coxson and Andrea Smith; brother, Carl Coxson; sister-in-law, Patricia Colbert, her nieces and nephews and a host of family and friends. Bernadette has joined the following in Glory; parents, Mary Smith and Vernon Hall; daughter, Donna Hall; sister, Denise Coxson; two brothers, Carroll Coxson and Ronald Colbert and a special long-time friend, Diana Brown.

The family of Ms. Bernadette Hall , created this Life Tributes page to make it easy to share your memories.